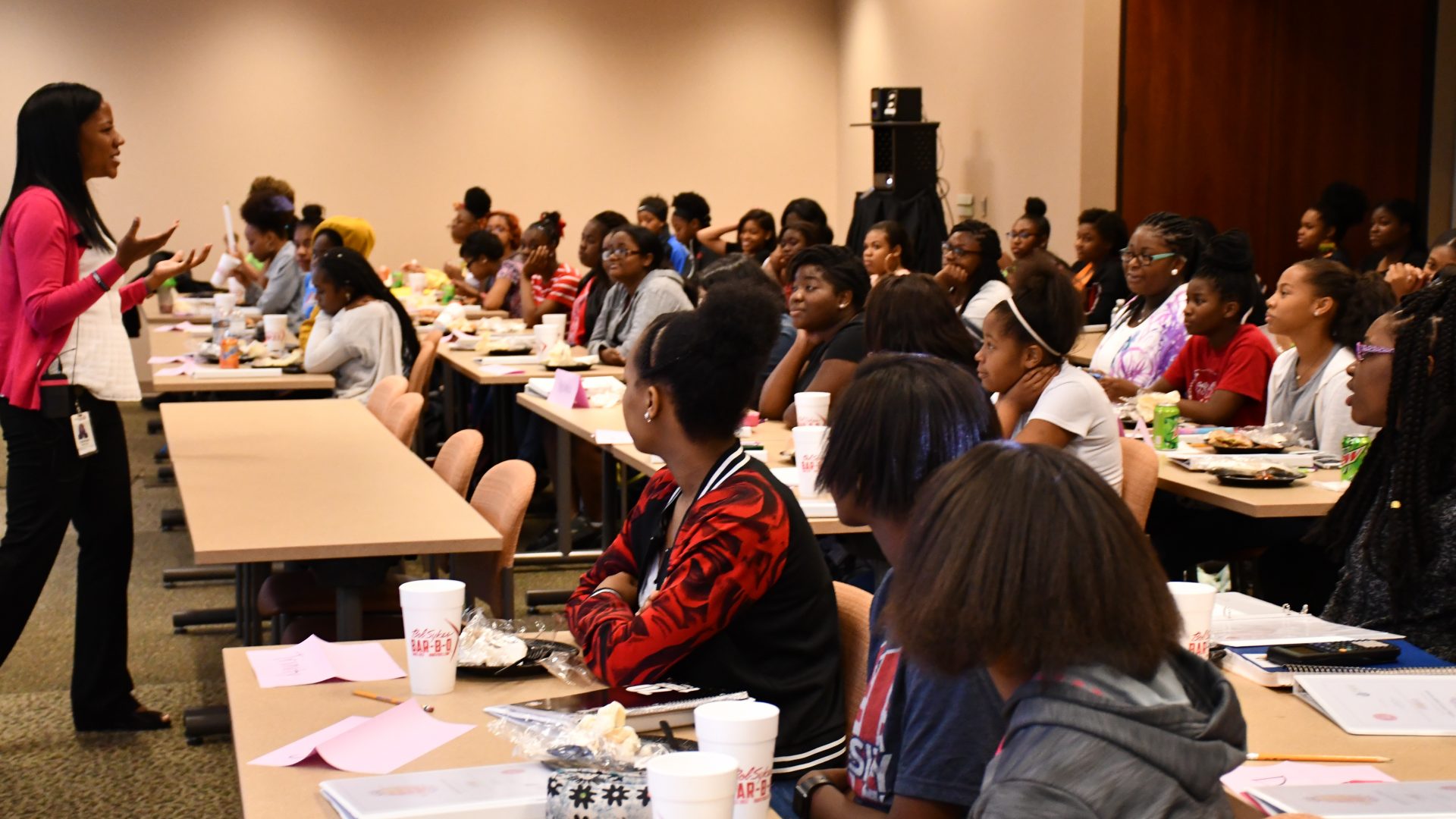 The Girls IMPACT (Increasing Mathematical Potential Among College-Bound Teens) Summer Program is a six-week opportunity for minority teen-aged girls to learn about careers in science, technology, engineering, and mathematics (STEM) from women with STEM backgrounds as well as an opportunity to build their confidence and aptitude in mathematics through engaging activities. Ultimately, we hope that as a result of minority girls being exposed to STEM fields that some of them will be inspired to pursue STEM fields.

According to the U.S. Department of Education, females make up less than 25% of participants in science, technology, engineering, and math programs nationally. While women receive over half of bachelor’s degrees awarded in the biological sciences, they receive far fewer in the computer sciences (18.2%), engineering (19.2%), physics (19.1%), and mathematics and statistics (43.1%) (NSF, Women, Minorities, and Persons with Disabilities in Science and Engineering, 2015). In February 2013, former President Barack Obama stated, “One of the things that I really strongly believe in is that we need to have more girls interested in math, science, and engineering. We’ve got half the population that is way underrepresented in those fields and that means that we’ve got a whole bunch of talent…not being encouraged the way they need to.” By 2018, Alabama needed to fill over 110,000 STEM-related jobs while only 27% of high school students expressed interest in such careers and only 14.3% of college graduates earned degrees or certification within the STEM disciplines. Additionally, it is estimated that 23% of Alabama’s first-time community college students who just graduated from high school need remediation in math, costing approximately $11,257,375 each year. To ensure that math is not a barrier to participants’ persistence in pursuing STEM majors, measures will be taken to strengthen their skills in this area. Ultimately, the Girls IMPACT Summer Program will provide a pipeline into college for minority girls in pursuit of STEM degrees.

Therefore, the Girls IMPACT Summer Program is seeking 8th through 12th grade girl participants. The program is free and is hosted by Lawson State Community College on the Birmingham Campus (ACATT building).

The Girls IMPACT Program began as a proposal idea for a service grant opportunity provided by the Southern Regional Education Board (SREB) Doctoral Scholars Association.  The “Pay It Forward” service grant is another way that the SREB program seeks to empower scholars to make a difference in their communities.  Two service grants of $1,000.00 are awarded each year to two program graduates that will use the funds to create a project that exposes/encourages the next generation of students to expand their educational horizons.  Dr. Shawanda Thomas, a graduate of the SREB Doctoral Scholars Program, received one of the two service grants awarded in 2016.

In 2016, the program was held at the Bessemer Public Library with 25 participants and was relocated to Lawson State Community College in 2017.  In 2018, the program grew to 66 participants.  Despite the pandemic, the program continues to expand and succeed. 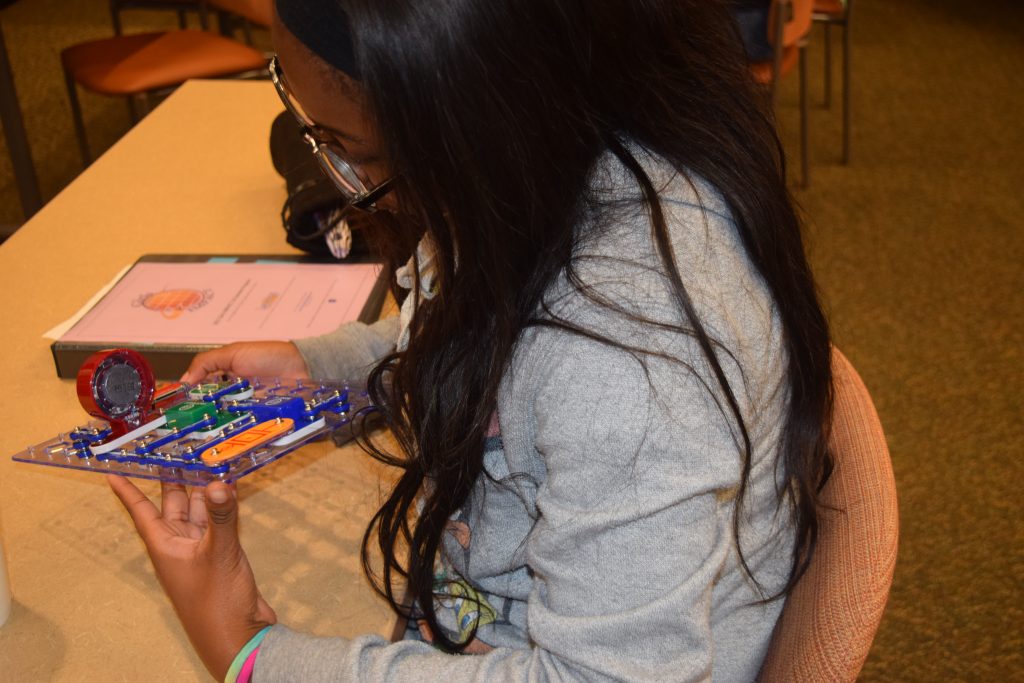 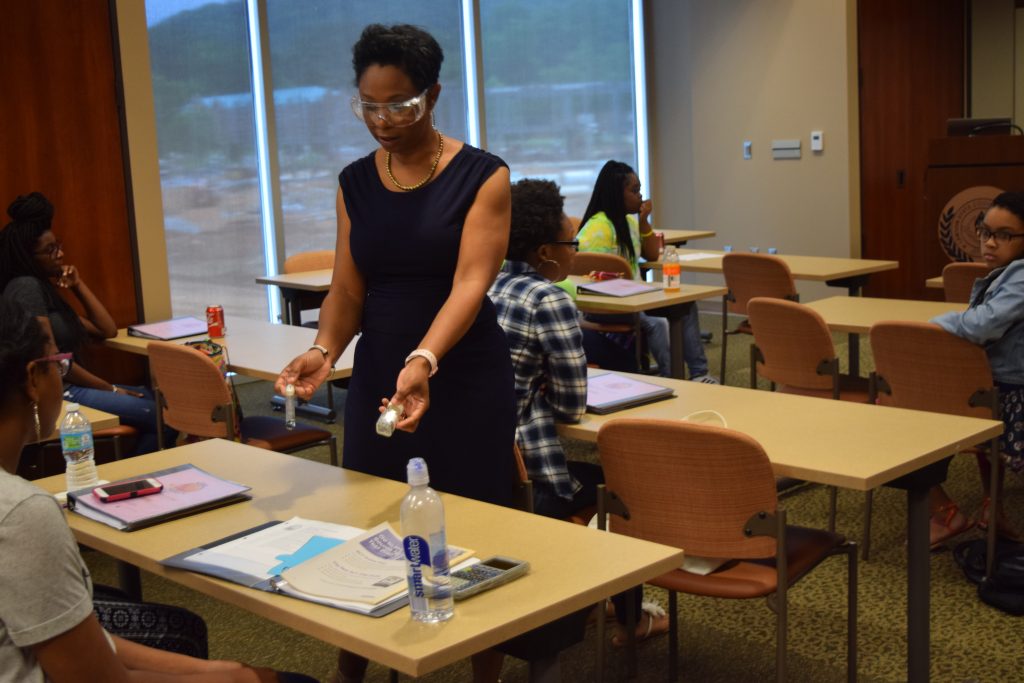 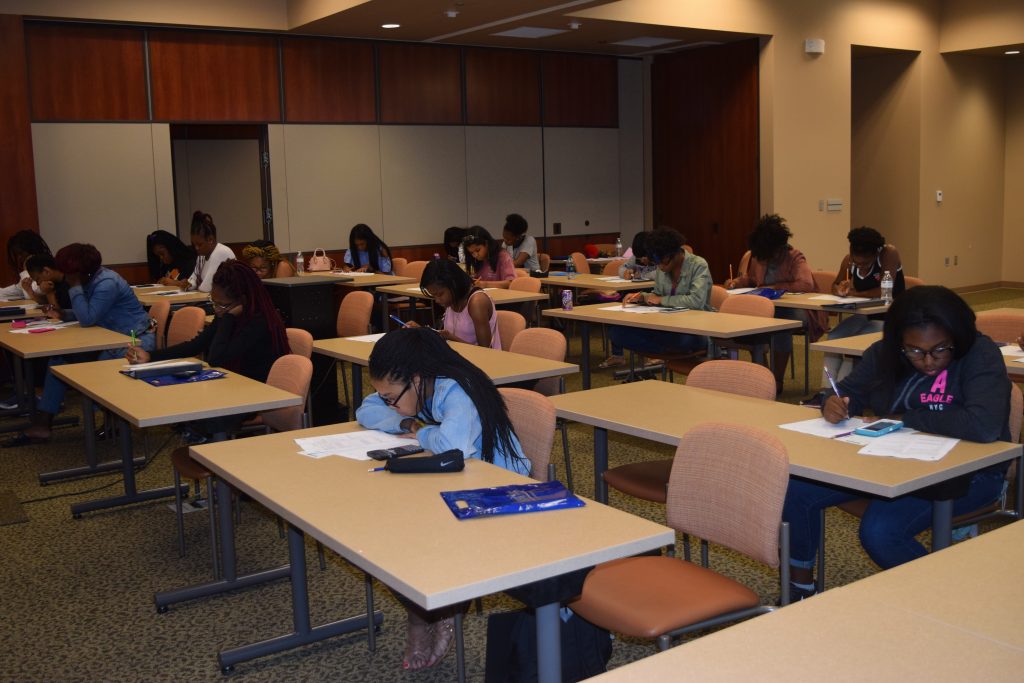 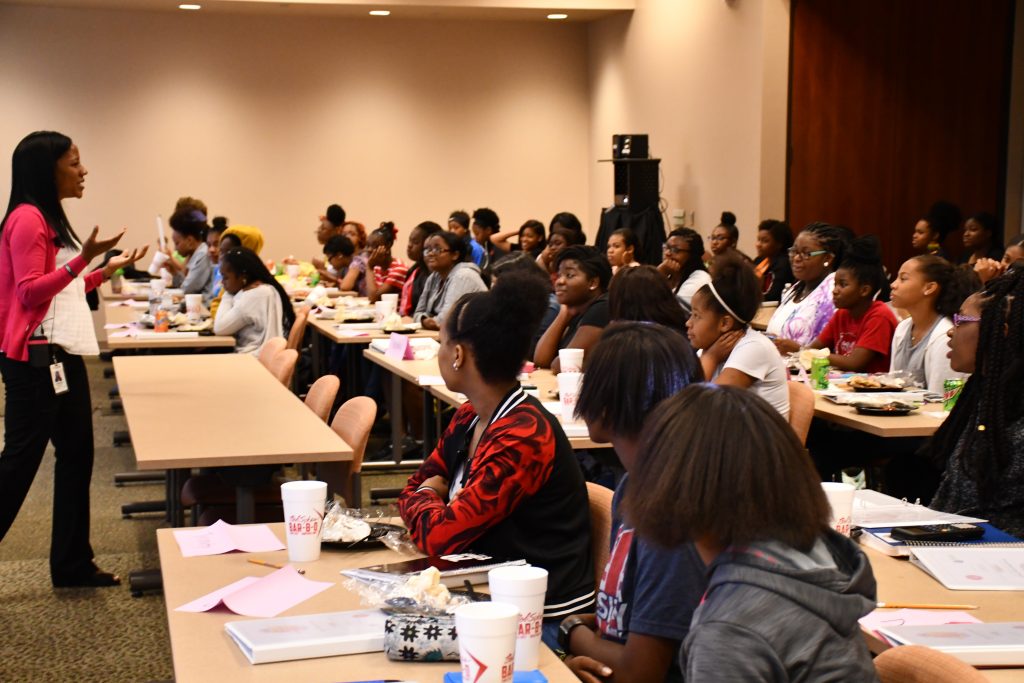 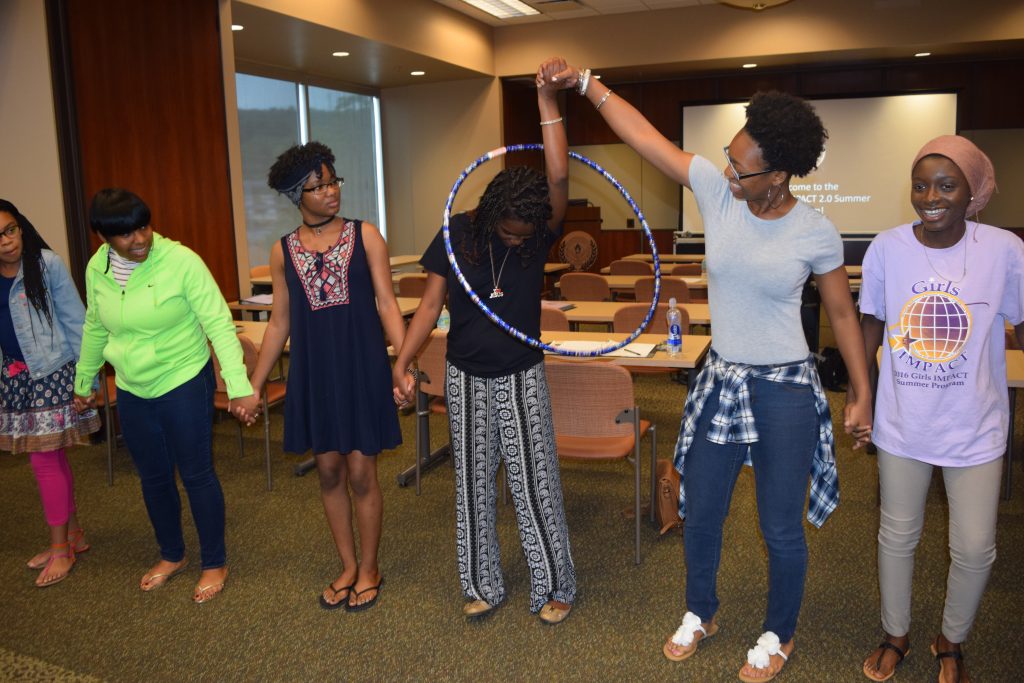 "Empowering Girls to IMPACT the World through STEM"

“The Girls IMPACT program has definitely impacted me in the sense that I am now sure of what path I want to be on in life. Having the speakers from different backgrounds come in and speak to us is what inspired me the most. Coming into this program I wasn't sure what I was going to get out of it, and I wasn't quite sure if I was capable of pursuing medical school, but now I am more than sure. I believe in myself, and I have the attitude that I know I can be successful. I am capable of conquering anything that might seem difficult, not despite being female, but because I am female.” 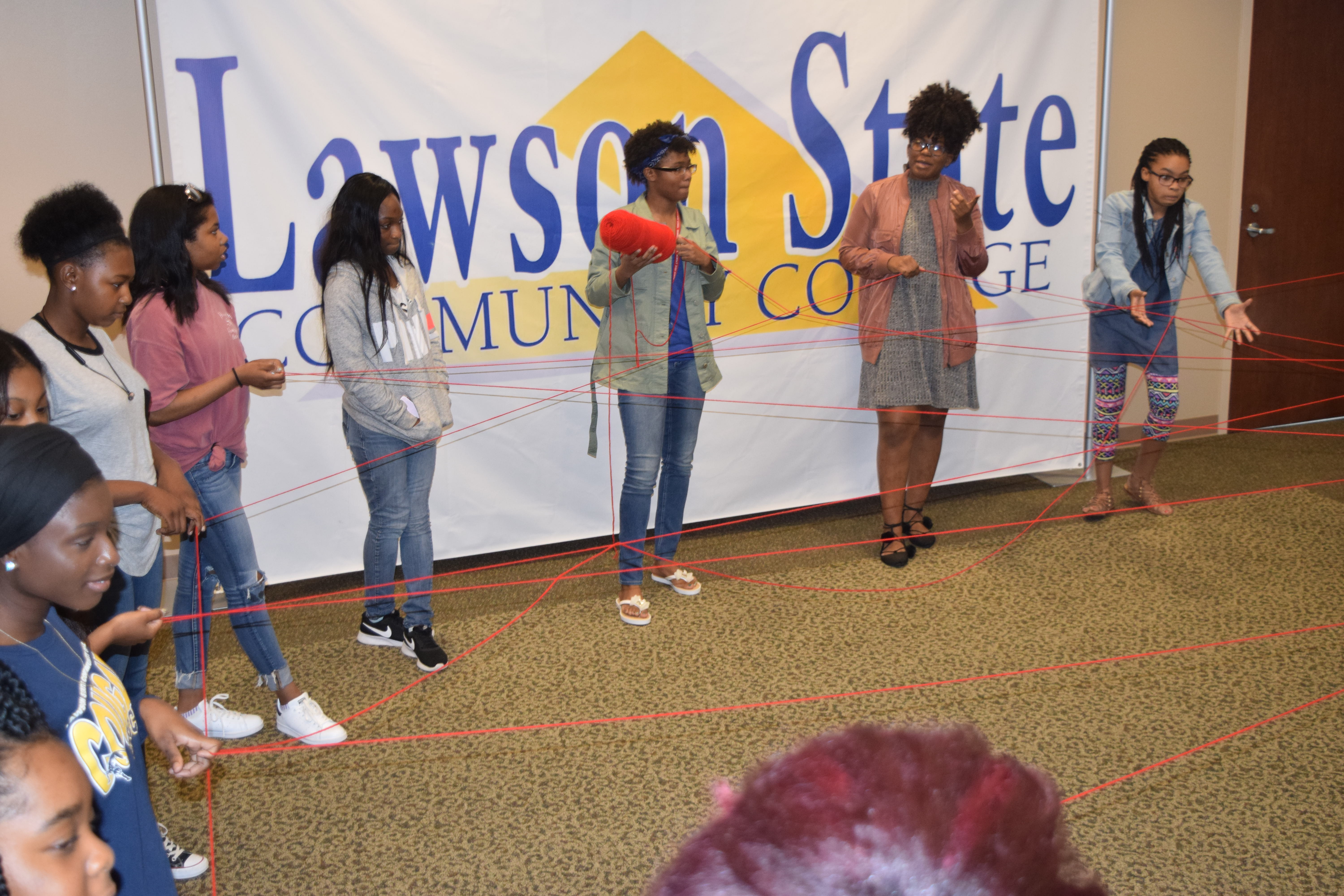 Thank you to our sponsors!!!